Thanks for the memories, Cole. 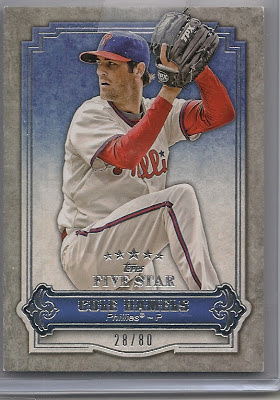 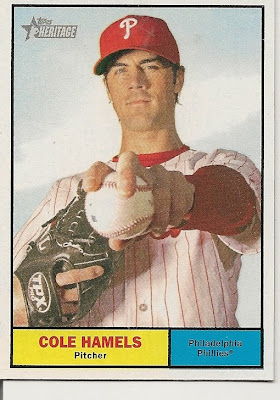 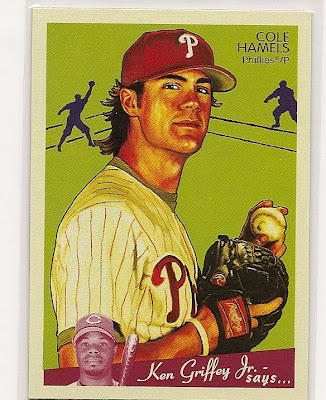 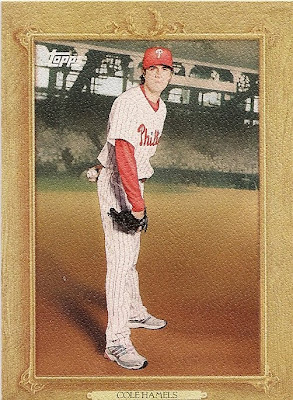 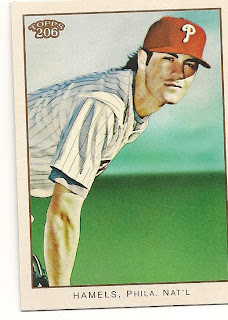 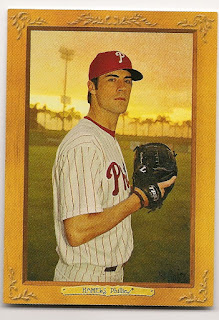 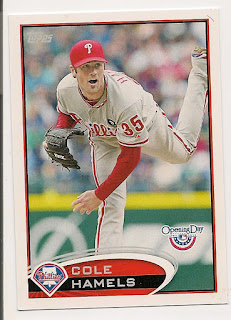 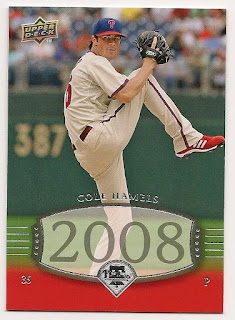 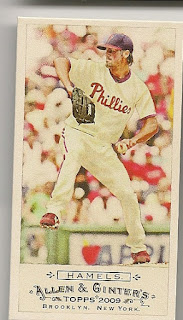 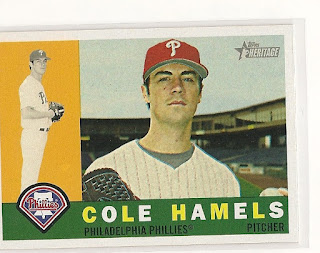 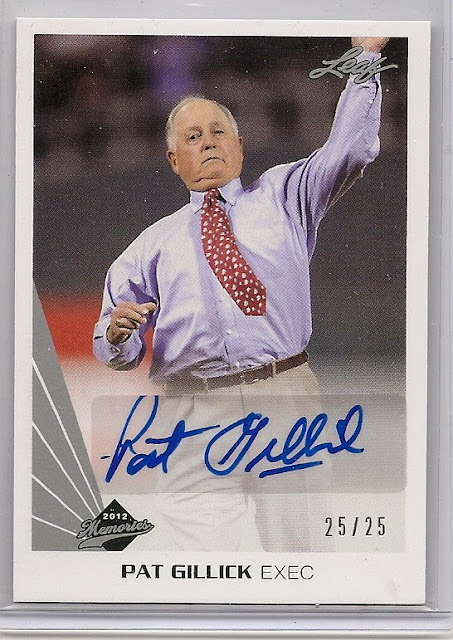 Let's start off the Inkquest with a Hall of Famer since it is induction weekend.  Pat Gillick was inducted into the HOF in 2011 through the Veteran's Committee.  He was an executive, as noted on the card, who had presided over successful eras of 4 teams, including the Phillies of 2008.

Role on the 2008 Phillies: Pat Gillick was the GM and head man of the front office for the Phillies from 2006-2008, stepping down after the World Series triumph of 2008.  His most significant trades and signings that contributed to the victory were trading for Brad Lidge during the 2007 offseason (for Geoff Geary, Michael Bourn, and Mike Costanzo), picking up Matt Stairs in August 2008 for Fabio Castro, and trading for Jamie Moyer and Joe Blanton without giving up much of anything.  His most shrewd free agent signing was picking up Jayson Werth during the 2006 offseason.

Card Facts: This is a 2012 Leaf Memories autographed card numbered 25/25, an autographed parallel of the base set.  This was purchased on ebay.
Posted by Dan at 1:07:00 PM No comments: Links to this post 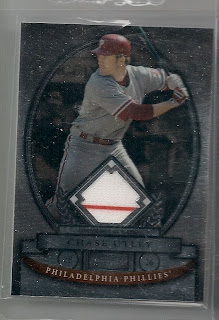 July is a month filled with many contradictions.  It is national ice cream month and national pickle month.  It is hot in most of the United States and Europe, and it is cold in San Francisco and Australia.  It is a time of constancy in baseball as teams have established baselines of performance and also a time of change in baseball as the trade deadline approaches.

Then, there is both the brightness and the blight of the MLB All-Star Week.  It is a brightness because of the event itself.  Regardless of the home field advantage conundrum and interleague play, there's always something fun about seeing the players in different caps and uniforms on the field. The first five innings are always a fun time....then comes the darkness (like Chase Utley's 2015 season, there's the tie-in to the picture you were all waiting for).

The last 4 innings are a roster parade, barely resembling a baseball game, but then comes the worst part.  There are two days without baseball afterwards!  When did this change happen? It was bad enough that the Wednesday after the all-star game was a veritable black hole of fan listlessness.  It has spread to another day to torture the obsessed baseball fan.

I could feel myself going through withdrawal.  My hands were shaking, and my eyes were constantly engaged on the scoreboard, hoping that one of the games on the schedule would go live.   It was not to be.  Some other symptoms that I exhibited during these days:

1. Starting saying "it's a long drive to...." whenever I got in the car.
2. Laid out a home set of clothes and away set of clothes for myself before going to work, depending on which site I was going to.
3. Drew the Phillies logo on the wall using finger paint.
4. When I ordered frozen yogurt, I got 9 pieces of each topping.
5. Played  catch with a dog wearing a glove
6. Found tree branches on the ground and carved them into bats of various sizes.
7.  Every time I took a walk, I would count to 90 and then begin again, keeping track of the number of runs I would score on the walk.

I'm just going to say that I was relieved when Friday came, and the summer routine returned.

For those minuscule few who frequent this blog during the long stretches of silence and pondering, I have repopulated the pages portion at the top of the blog.  You will now notice something called Phillies Pennant Winner Inkquest, divided into separate pages for ease of scrolling.

What is an inkquest?  Why is there such a thing as a quest for ink? No, this is not getting handprints of players on my apartment walls (but good sentiment there).  Nor is it pursuing the infamous Brushogun.  Instead, it is the initiation of a vainglorious collector's quest to get at least one autograph of a player who a) played in the postseason with the Phillies that season, b) had at least 100 PA or 50 IP with the Phillies that year.  The idea is to get as many contributors to the Phillies winning the pennant that year.

The good news for me is that the Philllies as a franchise have had very few appearances in the World Series.  The 1915 team is not really possible for this type of quest, so that only leaves 1950, 1980, 1983, 1993, 2008, and 2009.  All interesting teams with interesting players and some have overarching clever monikers.  It also covers the silver and golden age of Phillies winning baseball (not that many years in their history).

This project has been in the works for awhile, though never really focused on which players to get.  It would be more of the sophomoric "give me" philosophy of acquiring autos.  Hey, there's a Phillies card with an auto on it, let me have that.  This is how I ended up with so many Andrew Carpenter, Zach Segovia, and Joe Bisenius autos, among other prospects and non-prospects of the past.

The key here is to distill the overarching need to be a comprehensive team collector to  a goal that is only semi-unobtainable.  Suffice to say, this quest will consume me just as the ring consumed Frodo or maybe as Galactus attempted to consume Shangri-La?   The bottom line is that I will not be the same person.....I will be happier and feel more accomplished and be forced to learn how to surf.

Projected date of completion will be the next time the Phillies win the pennant, 2019.  Now, that's an optimistic outlook on both counts.
Posted by Dan at 12:58:00 PM No comments: Links to this post