Gint-a-Cuffs Packs 7 and 8: In Which Praise is an Illusion

All I know is that I still enjoypulling relics from packs. I have not bought many new unopened boxes since 1999 and it's still a thrill, especially in a well-designed set like this one. But then, sometimes you see the player. If it's not a rookie, I would like someone who actually plays in the majors (foreshadowing). Let's just call it a case of the checklist blues. 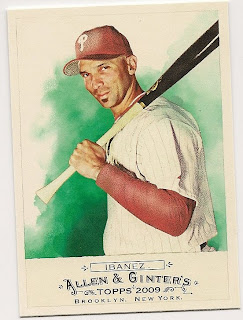 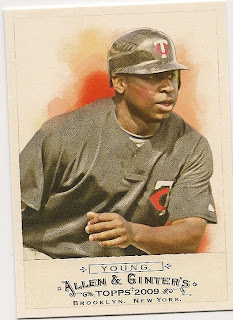 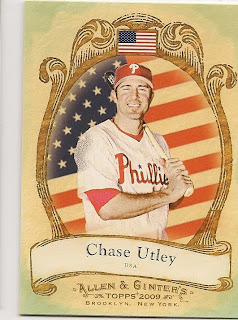 Pack 8
215: Jed Lowrie (injured for most of the year)
147: Coco Crisp (injured and on the Royals)
Relic Alert! Oh, but it's Corey Patterson. Can't break the Nationals lineup Corey Patterson? The greater than 6:1 K:BB ratio Corey Patterson? Yes, it's really him. The bat inside the card feels real enough, but it hasn't helped Mr. Patterson lately. How prescient of the rulemakers that I should pull one of the dastardly three. -5 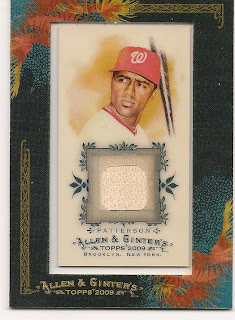 259: Napoleon Bonaparte (do you think he had a Napoleon complex?)
World's Biggest Hoaxes, Hoodwinks, and Bamboozles: HHB2 Alabam Changes Value of Pi (did anyone actually fall for this hoax?) +5 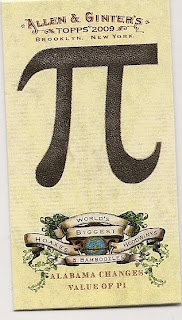 292: Oliver Perez (he's a Met, therefore on the DL and had close to a 1.8 WHIP)
National Pride: NP25 Jonathan Sanchez (Puerto Rico) (he threw a no-hitter this year!)


Illusions may change with perspective.
Posted by Dan at 12:15:00 PM